A Date in Copenhagen

It was his shaggy light brown hair and his hidden smile, which I could tell wanted to break out, that drew me to him. He sat alone on the ledge with his back against the glass, his hard, shiny carry-on suitcase in front of him. Though he looked content enough with his solitude, I noticed him looking our way every so often.

Little did I know I would find myself in a local pub with this man in just a few short days.

My friends and I were outside the gate, waiting for our flight; we took up a few more than our allotted four spots, but no one seemed to mind.

Our day had begun before dawn, with a minivan and too much espresso (if there is indeed such a thing as too much), in small town Missouri, and brought us here – John F. Kennedy Airport, New York. I was tired, and restless after our day, but exhilarated at the prospect of the adventure awaiting me.

Through that gate, a plane would bring me to Denmark, to five weeks of European travel, to people, museums, and palaces. Exhaustion had no hold on me – I was ecstatic.

I made my way down the terminal in search of a snack, and returned triumphantly to my spot with hummus and pretzels.

Happily satiated, with food to spare, I spoke to him and offered to share. Briefly, a look of surprise crossed his face, but the smile emerged and he took the container from me, audaciously asking if double-dipping was allowed.

“It’s all yours. I saw you eyeing it and wholeheartedly believe in sharing. Of course you can double dip.”

The interaction amused me, and we struck up a conversation. After all, strangers are simply friends I have not yet met.

I found myself sharing pretzels with a fellow North American who is one part musician, one part scientist, and full parts student, traveler, writer. Outgoing, and funny to boot, I obviously enjoyed our brief time together.

Plus, as a single, adventurous, travel-obsessed, woman, it is no secret I love to meet those who shares similar interests. Extra points if their passport isn’t from the same country as mine.

We parted ways, with 25 rows of people and 8 hours of flight between us. I fell asleep, lulled into a dream while watching Inside Out. By the time I woke, we were landing in Copenhagen.

As we left the plane, I looked for him, scanning the crowd for that shaggy hair.
Alas, no such luck. He was gone.

You might think I gave up, shot down by fate and destiny and the sheer improbability that I would ever see him again.

Well. That is not the story I have to tell.

Sometimes, fate and I disagree, and I decide to take things into my own hands. After very little debate on the topic, I decided to contact him and ask him to show me around his lovely city.

Just as I had hoped, he accepted. 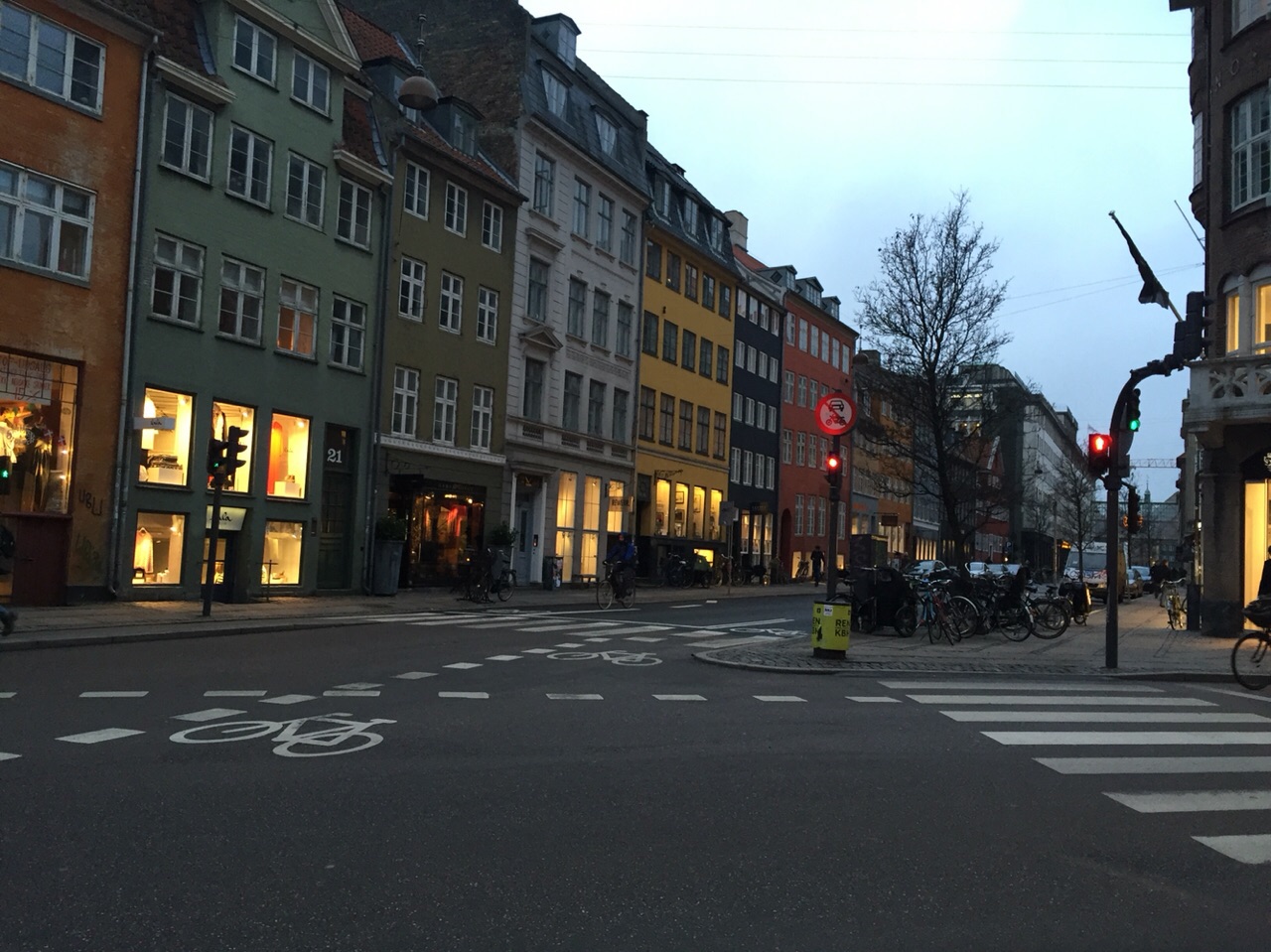 This gorgeous city made me feel like a little kid in Neverland – it was colorful and vibrant and alive with wonder. Naturally, I was excited at the prospect of having a local show me around the nooks and crannies that make Copenhagen unique. We set a time and place; that was that.

A few hours before I boarded a bus for Berlin, I found myself in a dive bar with a Canadian I had known for a mere three days. Pure bliss.

For an hour and a half, we bantered, discussing Kurt Vonnegut, European culture, indie music, and our lives as single young adults who are simply trying to find our way in this world. We drank Carlsberg beer, inhaled a little more second hand smoke than I’m used to, and laughed easily.

It has been three and a half years since I sat in tiny plastic chairs on the streets of Saigon with fellow travelers, but this feeling is familiar. I can picture those tables, those faces, those nights, as if they were yesterday. I can recall those conversations, and as I spoke with this shaggy haired Canadian, I felt at ease.

Somehow, in a foreign city, with a man I barely knew, I felt at home.

Every opportunity I have to genuinely connect with someone is a blessing. I may never see him again, it is true. Regardless, that evening is one of my favorite memories in five weeks of Europe.

Life, I continue to find, is made up of moments. And it seems to me, all the best moments include other people. This was one I certainly am glad to not have passed up. It would have been easy enough to do, surely.

Long ago, I resolved to make my life about God, and people, and I’m not going to miss out on any chance for that to happen.

What I received in return was far more than I could have asked for, and all it took was a little bit of courage, trusting my intuition, and sharing my pretzels.

3 responses to “A Date in Copenhagen”