It is Friday, the 29th of August. When did that happen?!

For months, it felt as though time would never pass, as though I had become stuck in winter, or spring. In January, August felt an eternity away. In March, I counted the days until its arrival.

It’s the day before I was supposed to get married. 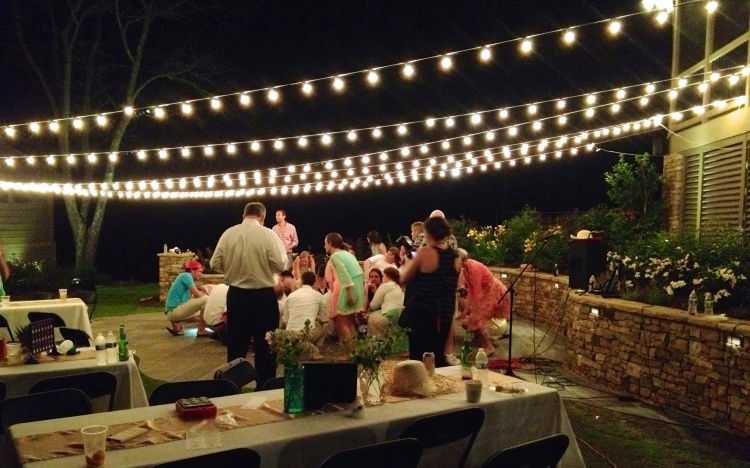 I ask myself, for what possibly might be the hundredth time this week – who determines supposed to? Caught up in the philosophic debate about free will and fate, I play both sides of the argument in my head.

On a human level, is supposed to determined by our parents? Our culture? Our community? Our church? Our friends? Ourselves? Or is it only determined by God? Do we have a choice in the matter?

It was of my own volition that none of it – the lanterns, the lights, the marriage – is coming to fruition tomorrow.

Being engaged for five months is being added to the list of things that are absolutely surreal in my life. Up there with nanny-ing in Istanbul for a summer, and most of the World Race. These are all documented events, complete with hard evidence – pictures, eye witnesses, video footage. Yet, sometimes, I forget, for the briefest of moments. Strange, and unusual, it is a dream.

Except that it isn’t.
It happened.
This is my life.

Life is mysterious, intricate, complex, and wild. It throws us for loops, and surprises us more often than we are comfortable with. The past eight months, I’m convinced, have held every emotion I am capable of – from gut-wrenching heartache, to Elysian joy, from blackest bitterness to inexplicable freedom.

It has been exhilarating, and shocking. Roller coaster, to the max.

Slowly, but surely, my expectations of how I thought my life would look have been (and continue to be) shattered. Pulverized, they are blown about like glitter in the wind. Lovely, perhaps, but totally irrelevant.

Slowly, but surely, my illusion of control is deteriorating.

Slowly, but surely, I am beginning to understand that I surely do not know the future. My grip has loosened, and it has caused such a peace.

But, had you asked me a few years ago where I would be now, I never would have guessed correctly. Not in a million years. One month away from being twenty five, I am living in Missouri, not only not married, but having called off a wedding, searching for a job, living at my father’s house.

This isn’t what my life was supposed to look like.
This isn’t where I thought I would be.

Was I supposed to get engaged, but not married? Was that the plan all along? Is there a possibility that I am supposed to get married, still, and that I somehow have ruined the plan? Is there a plan to be ruined, or do I get to choose how I live my life, which decisions to make, and what I want?

I think that often we are ruled by fear.
The fear of what is supposed to be rules us.
Unfortunately, it will inevitably also ruin us.

Fear of judgment, and of disappointing people, and not living up to this idea of “supposed to” is squelching the fire we carry within us. The fear that the unknown won’t be as good as whatever we have now holds us back.

But what if we have the freedom to make our own choices? What if we have the ability to choose what we do with our precious and wild life? What if there is no “supposed to” and no one is watching you or looking over your shoulder, expecting certain things of and from you? What if all of those other voices were silenced, and it was just you and the Lord?

And…what if we were brave enough to look in the mirror, and ask ourselves the hard questions? The questions of what we need, and want. Of who we are, and what we’re born to do, and how we want to live our lives. Of what we dream of, and who we want to become.

What if we have the courage to ask what is working, and what honestly isn’t… no matter how hard it is or how much it hurts to admit? Especially when it’s hard.

I believe that we have such agency. I believe that we participate in choosing how our lives go, and that there is much more grey than I would have thought possible. Though there will always be occurrences and events that are outside of control, that doesn’t mean everything is.

I’m not getting married tomorrow. And it isn’t because I wasn’t “supposed to.” It’s because I dared to look at my life and when I did, I had to admit that things were not as I pretended.

Someone, older and wiser than I, said something that I’ve thought about many times since its utterance back in May. He told me, “Whatever decision you make, don’t regret it. Choose to not regret it. It’s your choice.”

Nearly four months have passed since the conversation that sparked this drastic course change, and I don’t regret the decisions I have made.

Wielding a new perspective, journal, and planner, I’ll move forward. Possibilities are endless for what may occur in the next year of my life, and I look forward to the adventure. My life might not be the one I had assumed, or expected. It might not be the one it was “supposed” to be.

But it is mine, and that’s what counts.

5 thoughts on “Who Says You’re Supposed To?”